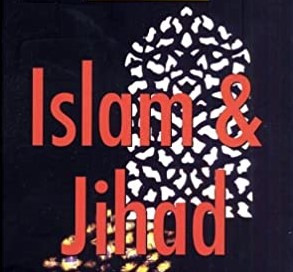 The most important distinction between jihad and terrorism is that only the ameer (leader) of an Islamic government can declare armed jihad. When declared by an authority, it is an official declaration of war, unlike terrorism. The declaration of war is not hidden from any relevant party. Also, the governing authority that declares jihad makes sure that the rules of jihad are adhered to and monitor any violation. Certainly, all of this is not true for terrorism and terrorists.

To put it simply, through jihad a mujahid seeks the pleasure of the Lord. Through terrorism, a terrorist intends to grossly please himself and to achieve despicable personal political agendas. Terrorism, in no way, shape, or form, has any place whatsoever in Islam.

When sending his cousin Ali (Karam Allah Wajhu) to a battle, Prophet Muhammad (Peace be upon them) said that:

… you must first invite people to Islam… if at your invitation, even one person embraces Islam; this is better for you than the wealth of the entire world. [Bukhari]

There is no such invitation to Islam in terrorism and in terrorizing. Terrorists do not require anyone to surrender to Allah (SWT); they only seek to wipe people out of existence.

A mujahid sells himself to Allah (SWT) and according to the Qur’an, “Allah has bought his life in return for Heaven…” [Qur’an 9:111]

There is no way he would jeopardize this reward by following his personal desires, violating divine rules, or breaking the covenanat between him and Allah (SWT) at any cost. On the other hand, a terrorist, by definition, cannot be in a covenanat with Allah, nor is he promised any reward for his actions, nor is he bound by any of his rules. He is ferociously and barbarically pursuing personal agendas that have nothing to do with Islam, its principles, or its mission.  Terrorists satisfy their madness and insanity by upsetting the peace in society through violent acts of terrorism. Islam strongly condemns such acts.

By no means is terrorism a part of Islam, and in no way can jihad be defined as terrorism. Islam does not support or approve of any personal definition of jihad, nor can anyone just adopt any means of defending Islam and Muslims and label it as being jihad.

A Muslim can only be mujahid if his intentions, from the time of preparing for battle to striking his opponents, are purely for Islam and for the sake of Allah (SWT) alone. If he deviates even slightly form this intent, he automatically deserts his Islamic duty and is in violation of the principles of jihad.
At this point, his actions are no longer fisabilillah (for the sake of the Almighty).

Terrorism is a mischief and an insurgency against peace, whereas jihad seeks to prevent and eliminate mischief and injustice and their perpetratos. Allah (SWT) commands:

And kill them until there is no more terrorism left and all that remains is the deen (way of life; religion) of Allah, but if they refrain, then certainly Allah is watchful of what they do. [Qur’an 8:39]

This verse clearly shows that the command to fight is to eradicated terrorism. Once terrorists give up and there is no more terrorism left, jihad against them ceases. Certainly, killing is involved in both terrorism and counterterrorism, but there is a vast difference in these killings. For example, a surgeon cuts through the body of a patient and a cold-blooded terrorist cuts his victim’s throat. Could both of these acts be regarded as the same, where one intends to save a life and the other takes a life? No. such is the distinction between jihad and terrorism.

It is the philosophy behind the act of saving or killing that is worth nothing here; saving life makes one superior, and killing makes one fall below humanity, worse than a beast and not worthy of any reward. Terrorism results in disappointment and in being deprived of Allah’s mercy and kindness here and on Judgement Day [Qur’an 11:85], whereas jihad results in mercy, kindness, and blessings from Allah(SWT).

Certainly, those who brought faith and those who migrated and did jihad in the way of Allah, they should hope for Allah’s mercy, and Allah is All-forgiving, All-Compassionate. [2:218]

The Prophet (Peace be upon them) stated:

Anyone who hands around in a marketplace with weapons to terrorize people, tomorrow on Judgment Day, fear will overcome him, because Allah does not like to terrorize his creations for no reason. For him is a dreadful torment of the Hellfire. However, anyone who makes jihad will enjoy the bounties of Heaven. [Bukhari]

Terrorism is cruel, oppressive, tyrannical, and unjust, whereas jihad benefits the oppressed and is done to establish justice and to overcome tyranny and cruelty. The wisdom behind jihad is to help the oppressed, not to bring oppression.

Jihad is devised to help weak men, women, and children who cannot defend themselves. It is to free the oppressed people and nations, to make them independent, to free them from injustices, and to connect them to their Lord. There is no way anyone can truly relate terrorism to jihad or call terrorism a part of jihad. The difference between jihad and terrorism is like the difference between liberty and tryranny. Conflating terrorism with jihad is absurd and is based on ignorance of the meaning of jihad in Islam.

Terrorism Is based on hatred, arrogance, insolence, etc., whereas jihad is rooted in humbleness, submissiveness, and humility. Allah (SWT) wants to see a mujahid (one who performs jihad) in the battlefield as a true servant of Allah (SWT), Far removed from arrogance, filled with humility, and devoid of any pretense. On the other hand, a terrorist appears as a ferocious beast filled with pride, overflowing with arrogance, intoxicated with power, sunk in malice, and indiscriminately ready to destroy and blow up anything and everything that comes in his way. Whereas, Allah (SWT) commands the faithful on their way for jihad:

Do not become like those who came out of their homes bragging and showing off to people….[Qur’an 8:47]

Terrorism is devoid of faith, whereas jihad is the sign of unshakable faith. Claims of faith must pass through a decisive test to see how a claimant fares. Generally, one first registers for a test Similarly, a mujahid is first required to register as a Muslim and then prove his claim of unshakeable faith in Islam through a test; the test of Jihad.

On the contrary, a terrorist does not have any faith, nor does he believe in tests. He expects great rewards; yet, he fails to register himself as a Muslim. A terrorist does not believe in Allah (SWT), he believes in his own judgment and because of faithlessness he does not fear Allah (SWT), nor does he abide by His rules. A terrorist has no support of faith, and he bases his ideas on faithless ideologies of his own making. A mujahid is well-rooted in the heavenly religion, has a purpose worth achieving, and is supported by the mercy and blessing of the Lord Almighty.

Terrorism is unlawful, immoral, undisciplined, and destructive, whereas jihad is lawfully uniformed, disciplined, constructive, codified, and regulated by heavenly laws, not by man-made laws. In the holy Qur’an, Allah (SWT) commands the mujahideen (pl. of mujahid):

O you who brought faith! When you came out to fight and strike in the way of Allah, continuously carry on the process of verifying (with whom you are fighting, so no injustice is done)…[4:94].

Allah (SWT) further instructs them that he who greets them with salam (the greeting of “Peace”) and says that I am Muslim, they must believe them, respect his words, and not kill him [Qur’an 4:94].

With this, it is quite evident how Islam instructs the mujahideen to observe every rule of jihad and carefully carry out every act. Even if there is one percent truth in what someone says and the rest cannot be verified, then accept that, leave the rest to Allah (SWT), and move along.

A terrorist is not bound by laws and is not instructed by anyone to care for others; his sole mission is to cause chaos. The more blood he spills, the happier he is. The more people he terrorizes, the more successful he thinks he is, and the more innocent lives he takes, the greater satisfaction he draws from his cowardly behavior. Now, does it make any sense or is it just to equate jihad with terrorism?

A companion of the Prophet (Peace be upon them) once asked, “What if a kafir (a disbeliever ) attacks me in the battle and cuts off my arm. I am a believer, and when I attempt to attack him, he recites the kalimah and embraces Islam. What am I to do then?”

The Prophet (Peace be upon then) replied, “You should withdraw your sword. If you strike him after he recites the kalimah (declaration of faith), it will show that you have used your sword to take revenge and not to achieve prominence for Islam, through jiahd fi Sabilillah (jihad for the sake of Allah (SWT). You will become like him as he was before ( al kafir), and he will become like you (a Muslim), as you were before you used your sword.” [Muslim]

I hope I have made clear the difference between jihad and terrorism. Let me reassure you that there are clear principles of jihad. The above example eliminates the foundation of the propaganda that “Islam allows killings and Muslims enjoy it.” The purpose of a mujahid in jihad is completely opposite to that of a terrorist in terrorism: a terrorist is a criminal and must be categorized as one, while a mujahid belongs to a higher state of piety and abstinence.

This post is in a series of many to come on the topic of Islam from a Sufi Perspective. More articles are to follow. Please follow in the Category: Islam as a Sufi Perspective, or Alternatively subscribe to our blog!

Topics to be covered in coming future Insha-Allah!