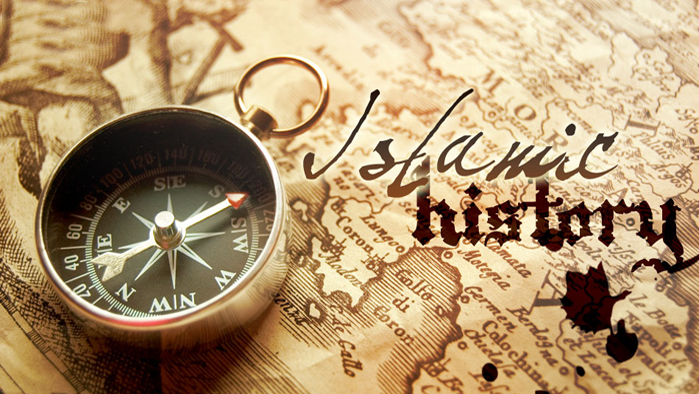 The History of Islam is as old as the history of human kind. Since Islam claims to be the most appropriate form of guidance, the complete way of life, fit for human nature, and valid for all times, it must be as old as humankind. Many people believe that Islam came about in the sixth century C.E. If this were the case, then how can Islam claim to be the guidance for the first human to the last one? As I proceed further, this question will be answered.

According to a Hadith-e-Qudsi (Sacred hadith that have a particularly important status because the message is from  Allah while the wording is that of the Prophet Muhammad –(Peace be upon them),

I was a hidden treasure, (I) willed to be known; therefore, I created everything.

Everything means the entire universe and everything in it, including human beings. Among all other creatures, Allah granted humans the status of ‘Being of All Creatures.’

The first human being the Lord Almighty created was Adam (A.S).  Adam (A.S) and his progeny were to become His vicegerents on the Earth. Initially, Heaven became the abode for Adam (A.S) however, Adam soon began to feel lonely. Allah then created Hawwa commonly known as Eve, the first woman and the second human being. Amazingly, she was created from the left rib of Adam (A.S), Allah does whatever He wills because He is the All-Powerful, Allah created Adam (A.S) without parents; Hawwa was born without a female (Mother); Isa (A.S), Known as Jesus, was born without a male (Father). All of the above are clear signs of his [Allah]power.

Adam and Hawwa lived in Heaven, and Allah permitted them to eat from wherever they wished, except from the tree  prohibited to them. Iblis/Shaytan (Satan) deceived them into eating from the prohibited tree. This did not amount to ‘original sin,’ a concept widely promoted in Western Christianity, but it was an innocent mistake Because of this mistake, they could no longer live in Heaven. Allah explains:

The Satan caused the two to slip and got them out of the place where they lived, and We said, “Get down,you will be enemies to one another, and now in the Earth shall be your dwelling and provision for an appointed term.” [Qur’an 2.36].

Upon their exit from Heaven, Allah further said:

…get down from here, all of you! Then, if there comes to you from Me ‘guidance,’ whosoever follows My guidance shall have nothing to fear, nor shall they grieve. and those who disbelieve and shall deny Our signs- they are to be the inmates of Hell and therein they shall abide forever.

Adam (A.S) & Hawwa, the first couple and parents to all the people to come, were lost on Earth and separated from each other for a very long time. They were truly ashamed of their mistake in Heaven, for not abiding by the commandment of the Lord.

Adam (A.S) felt Guilty and wept profusely, asking for forgiveness. Thereafter, Allah forgave him, and Adam and Hawwa found each other and continued to live together. Gradually, the population of the world increased, and guidance began to come, as Allah had stated on their departure from Heaven.

As the population grew widespread and men learned the ways to live life on Earth, laws were needed to establish societies and solve basic problems. An ideology was needed to satisfy humanity’s natural curiosities about their existence and to fulfill their natural desire to worship. To fulfill this need, the Almighty revealed His guidance periodically, according to the need of the times and the level of peoples’ understanding, through His chosen individuals, known as prophets. From the outset, that very guidance was Islam, and all of the prophets, including those people who chose to believe in them,were Muslims. With the teachings of the last Prophet Muhammad (Peace be upon them), the guidance was completed in perfected. Allah officially chose Islam as the deen and on its completion stated:

This day, I have perfected for you your religion and have completed My favor to you, and i have  approved Islam as the religion for you. [Quran 5.3]

Some may ask, if these teachings were perfected in the form of Islam through Muhammad (Peace be upon them), what were the teachings of the previous prophets called?  They were Islam, but in its incomplete form. Every prophet’s deen (Religion) was Islam; however, their sharia (The rules and commandments appropriate for their time, place, and need as revealed to them in their respective books) varied. [Qur’an 5:48] The major sharias came to be known as Judaism and Christianity. In Islam, the followers of those sharias are referred to as Ahle Kitab (People of the book).

Snce the Creator and the One Who completed His guidance is One and the same, how could His message vary among the prophets when they were all sent by him and towards the same creation? The basic beliefs – such as the belief in Allah His prophets, the unseen, refraining from shirk and idolatry, worshiping Allah life in the Hereafter, the Day Judgment, and belief in Heaven and Hell were all the same as they are in Islam today. Every Muslim must declare that,

… We believe in Allah and what has been sent down to us and that which was sent down to Ibrahim (Abraham) and Ismail and Ishaq (Isaac) and Yaqub (Jacob) and their offspring and what was given to Musa (Moses) and Isa (Jesus) and the other prophets from their Lord. We make no distinction between any of them,in the matter of faith and to Allah have we surrendered ourselves. [Qur’an 3:48]

And whomsoever seeks a religion other than Islam, it shall certainly not be accepted of him; and in the Hereafter, he shall be of the losers. [Qur’an 3.85]

Allah continued to send prophets, one after another, to all nations, giving them a fair chance to accept and believe. Written and/or oral guidance was revealed to almost all of them: some followed the message of their prophets, and some ignored it;some even killed their prophets, while some followed for a short period and then forgot the true teachings; and some completely altered the guidance after their prophets passed away. All hopes of those who continuously disregarded the sacred guidance and transgressed, mocked, and disrespected the prophets were dismissed, whereupon  Allah sent His wrath. The following verses of the Qur’an explain this further.

And indeed We raised in every community a prophet to instruct them…[Qur’an 16:36].

And we did not send any prophet but (To preach) in the language of his own people in order that he might explain to them in clear terms (The commandments of Allah)…[Qur’an 14:4]

And mankind was but a single community (in the beginning), then they began to differ among themselves…[Qur’an 10:19]

Allah informed Nuh (A.S) About the great flood and said:

Then we revealed to him, “Build and Ark before Our sight and by Our command”…[Qur’an 23:27]

And recall when his Lord said to him: “(O Abraham) Surrender!” He submitted: ” I surrender myself to the Lord and Cherisher of all the worlds.” And Ibrahim (Abraham)  enjoined upon his sons and so did Yaqub (Jacob), saying:  “O my sons! Verily Allah has chosen for you this religion, so die not except as Muslims.”  [Qur’an 2:131-132]

And (Remember) when Ibrahim (Abraham was tested by his Lord with regard to His certain commands, which he fulfilled in all entirety. Allah said;”Verily, I am going to appoint you leader for all mankind”…[Qur’an 2:124]