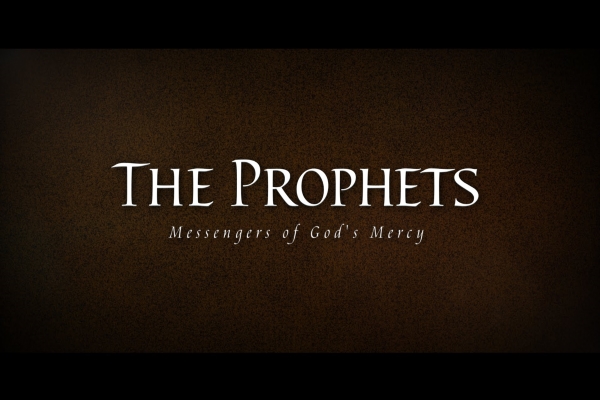 As we learned earlier, Allah (SWT) willed to be known; therefore, He created everything for Him to be known. A creature, later to be called human, was a part of His will from the beginning and a part of the process of creation. It was also included in His will that humans be given a fixed time to live on earth and be granted free will and the power to choose, They are taught right from wrong and tested to see if they follow Allah’s (SWT) will or their own will. Then, finally, on the basis of the results of their actions, they will be given permanent life in Heaven or Hell. All of this was included in His will from the moment “Allah willed to be known” and thereafter began to create according to His will.

Only Allah (SWT) knows how many millions of years later the time arrived to create Adam (A.S), the first human. Soon thereafter, it became necessary to send him and his wife Hawwa (A.S) to Earth. Eventually, the need arose to teach and guide humans, so they could distinguish right from wrong and choose to be successful; the process of teaching and guiding people had to be undertaken. Thus, those who had been chosen by Allah (SWT) to fulfill this great task of teaching preaching, and guiding humankind are the messengers and prophets of Allah (SWT). These people are among the best of humankind.

At the time the father of us all, Adam (A.S), was created, every human soul that had to come to life on earth was also created. Allah(SWT) assembled every soul  and asked, “Am I not your Lord?” All replied, “Why not.” Allah (SWT) had knowledge that they would soon forget this covenant upon reaching earth [Qur’an 7:172]. Therefore,arrangements were made to teach, preach, guide, and remind people about the ‘Great Gathering’ to take place in the end, where undoubtedly everyone will witness or at least feel His presence and be held accountable for their actions.

As we came to live on earth and grew, we forgot the covenant we made with Allah (SWT) [Qur’an 9:67]. However, as soon as we depart from this life, we will come to realize it. Remembering our prior covenant with Allah (SWT) at the time of our departure from this life cannot bring us back to the beginning to fulfill our covenant. There is no coming back: it is either now or never.

The essence of Islam is to believe in the unseen/metaphysical/ spiritual, which is invisible to the naked eye, but visible to positive reasoning. To believe in the unseen/hidden, it is necessary to received Allah’s (SWT) assistance, guidance, signs, and symbols that are evidence of His existence. We also need them to satisfy our curiosity and to provide answers to all of our questions, so we can confidently believe in the unseen. Each one of us, by ourselves, is unable to receive that guidance directly from Allah (SWT), because if such were the case, nothing would remain unseen or hidden.

Therefore, there was a need for someone to: receive guidance from Allah (SWT) and convey it to us, learn from Allah (SWT) and teach us, store Allah’s (SWT) energy and energize our soul, and be enlightened by Allah’s (SWT) radiance and lift us from the darkness of ignorance and bring us into the light of knowledge. These beings were to be trusted beyond any doubt, to be worthy and capable of this great deed, to relate to us and to the Lord Almighty at the same time, to remind us of our purpose and our destination, and to show us how to follow in their footsteps in practical manner.

Who can these exalted beings be? Could they be any other than those chosen by our Lord? No. Then, they are quite obviously His prophets and messengers. They came and fulfilled their duties with utmost diligence, selflessness, and steadfastness. Now, it is all up to us, because this lifetime is our only chance; we must use it or lose it.

All Prophets were human beings, but chosen ones, exalted among the people. They had to come from among humankind because if it were otherwise, they could not relate to us, and we could not follow them. It  would have become easy for us to deny them and their teachings, simply because we could say to Allah (SWT), ” O Lord! How could we replicate their life, their sacrifices and their trials and tribulations, when we are just humans and they are different from us?”

And if We had made the prophet and angle, even then We would have made them (in the form of) a man, and thus We would have confused them in a matter wherein they are now confused. [Qur’an 6:9]

This is why the All-Knowing Allah (SWT) chose His prophets from among humans, so people can follow their example and emulate their lives. It was also necessary to give the prophets the power of miracles, so people who chose to believe in the prophets could have unshakeable faith in them, and those who chose to deny them would have no excuse on Judgment day by saying that they could not verify them to be Allah’s (SWT) prophets. Certainly, through prophets, Allah (SWT) completely conveyed His guidance to humanity. It is now our choice to be righteous or to be evil, to be successful or to fail, and to live the eternal life in Heaven or in Hell. The burden to choose and act falls on us individually. No one else benefits or loses by what we choose for ourselves. Islam teaches us to choose wisely and for our own good.

Allah (SWT) sent prophets from amongst their own people. They called their nations towards one Lord and explained to them the purpose of life on Earth. They taught them how to live and worship Allah (SWT) how to fulfill their duties to Allah (SWT) and to their fellow humans. The prophets delivered to humanity whatever they were assigned and were required to do.

Allah (SWT) required people, as prerequisite, to have faith in His prophets and recognize them as beloved beings of Allah [Qur’an 4:80 & 2:253]. Not a single prophet demanded anything in return from his people for the favour of conveying Allah’s (SWT) guidance to them. The prophets did not seek monetary benefit, power, or adulation; instead, they sacrificed their time and energy, endured pain and suffering, and were humiliated to save their people from evil doings, grave sins, shirk, and being disobedient to Allah (SWT).

As one prophet passed away, Allah (SWT) would send another one. According to a saying of the Prophet Muhammad (Peace be upon them), Allah (SWT) sent about 124,000 prophets. During their lifetime, the prophets and their followers suffered greatly at the hands of disbelievers, who many times forced them to leave their homeland or even killed them. However difficult the environment became, the prophets remained steadfast and never gave in or disavowed their divine obligations.

As prophets passed away, their teachings were corrupted and in many cases purposely changed to legitimize the rule of the elites over the less fortunate.  The true believers always remained steadfast to the teachings of their respective prophet, and Allah (SWT) brought countless rewards and blessings upon those steadfast believers. In contrast, Allah’s (SWT) wrath destroyed those who disobeyed prophets, so that future generations and other nations would learn of their fate and avoid following their example. Whether or not people followed past prophets, Allah (SWT) completed His guidance to humanity through His Final Prophet (Peace be upon them).

His Final Prophet (Peace be upon them) completed the divine guidance. He was to be successful and fulfill his duties, and his nation would completely surrender to the will of Allah (SWT). His teachings would last forever. His people, language, holy book (Qur’an), teachings/practices and sacred words would be preserved forever and would become the beacon of light and guidance for all humanity until the end of time. He is no other than Prophet Muhammad (Peace be upon them), whose book is the holy Qur’an, whose teachings are Islam, and whose followers are Muslims, He testified to past prophets, recognized the authenticity of their revealed scriptures, eradicated shirk, and now forever rules over the hearts of his followers, leader of all prophets.

The prophets’ main purpose was not to teach us what we could learn on our own, but what we could never comprehend by ourselves. When our intellect fails, the prophets’ teachings take charge. When our reasoning comes to a dead end, the prophets’ wisdom opens new dimensions for us to proceed forward. When our faculties fail, their teachings rescue us from the darkness of failure. Whenever we are in need of a model or an ideal, the best resource is Allah’s (SWT) prophets, who are the best models and icons of wisdom.

The prophets informed us about halal and haram (Permitted and forbidden), good and bad, virtues and sins, benefits and harm, rights and duties; and all other prescriptions and proscriptions. On our own, we would have reversed the entire system of life, misunderstood the whole idea of existence, misused the bounties of Allah (SWT), increased our spiritual diseases, put in place improper justice systems, and failed an achieve the ultimate success of the Hereafter. We needed help from the Lord, which came through His prophets.

None of what we could have learned, invented, explored, designed, manufactured, thought of, formulated, and discovered by ourselves was on the agenda of any prophet. Eventually, we would naturally do these things as the need arose, and human history is witness that we did.

Rather, the prophets informed us well in advance of whatever we were incapable of finding out on our own. They fulfilled their duty of guiding people, and they are not responsible for anything beyond that. They will not be questioned for our wrongdoings, bear the burden of our mistakes , and suffer for our kufr (Infidelity), shirk (Polytheism), and deviation from the righteous path. They are already the chosen ones, the rewarded ones, and the blessed ones. They have done the job well and have nothing to lose.