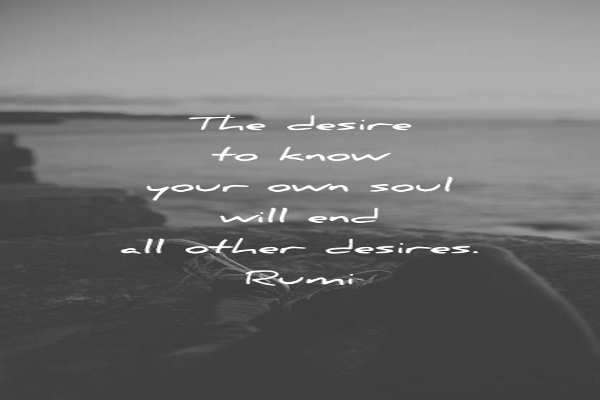 It is commonly known that human life is a precious gift. It is not just life, but specifically human life that is precious. What is so special about human life that makes it precious, and why not the life of animals? Like animals, we are born, and we eat and build shelters with a few differences here and there. We work to bring food and other necessities, and animals look for their food and needs as well. They fulfill their sexual needs and we do the same.  They protect and defend themselves and watch and safeguard their territories just as we do. They care for their offspring and get old, sick, injured, and die, and all these things happen to us, too. What then is so special about human life, why is it precious?

If I were to give you a ten-ton rock as a gift to be placed in your already rocky backyard, would you call it precious gift? Normally, it would not even be called a gift, let alone a precious one, because there is no purpose attached to it. Since there is no purpose to it, it has no value, and as a result it is not precious. Whereas, if I were to give you a diamond ring or a Rolex watch, you would certainly say it was precious gift. The purpose of the diamond ring and the Rolex watch is what makes them valuable and worthy to be called precious. These items will certainly be of use to your life, and they will beautify your appearance, increase your wealth, reflect your personality, and so on.

Human life is more valuable than any other life and is correctly called precious because there is a grater purpose attached to it. Islam teaches us that Allah (SWT) created the universe to serve man and created man to serve Allah (SWT). Man has every animal quality and habit, but the difference is that man is granted a special purpose in life, which is to worship and please Allah (SWT). To fulfill this special purpose, humans must first control and suppress those animalistic qualities that hinder then from their purpose, and they must simultaneously develop, purify, and promote those qualities that assist them. At this point, man truly becomes worthy of this status as the best of all creatures, and only then does his life become precious, How we choose to live this life determines what our end will be in the Hereafter.

(I swear) By time! Verily man is necessarily in loss- except those who believe and do good deeds, and enjoin one another to accept the truth and to be patient. [103:1-3]

The Lord created us in the best manner possible and equipped us with every quality necessary to live as humans and prepare ourselves for the success of the Hereafter. Whoever fulfills this greatest purpose of life – to worship the Lord as He taught us-will become the guided and successful one; otherwise, he will be a loser. The choice is ours.

From man to Machine

Forgetting the greater purpose for which he was created has led man to think of this world as his permanent abode. In making arrangements to live in this supposedly permanent home, man has become a machine, and he does not control his life anymore.

Willingly or unwillingly, intentionally or not, he has become a slave, either of society or of his self-created artificial life. Competing for success, wealth, luxuries of life, fame, and other material desires has turned him into a machine, by which he has lost the inherent and necessary charm of real life.  In fact, the earth and everything else were created to serve him, but instead of enslaving them, he became their slave. He was supposed to use them to fulfill his divine purpose; yet, he gave himself into their service and became a subordinate. This servitude caused him to ask, “Why this?” and “Why that?” when he should have been looking into him-self and asking “Why me? and “What for?” Instead of appreciating the perfection of Allah’s (SWT) creativity and invoking His good name, he forgot his main purpose and lost himself to the temporary charm of this deceptive world.

Those who are lost in this world have become like machines that do not observe or think, have a heart, or worry about accountability for their actions. Machines are not mindful of their “death” or ponder what will happen to them thereafter. They do not need to ask about their creator, their purpose, or what will happen to them in the end ( when they are junked or wrecked). Humans, however, should inquire into these realities.

Considering the same example from a different angle shows  that machines, which are the creation of man, never deviate from their purpose.  They follow the orders of their owner and, even without having a mind of their own, function properly and perform tasks according to the intent of their inventor/purpose. Humans, on the other hand, even after becoming like machines, do not completely perform like them. This is, of course, because humans still have free will. Even though they can think, observe, ponder, and have a mind of their own, they fail to function properly, deviate from their course,and do not act according to the orders of their Creator and Master.

Man’s fall from humanity to barbarism is a global  phenomenon and is not limited to any one specific area or society. Even most animals do not kill their own kind, but people through unjustifiable reasons and purposes, individually and collectively, in one way or another, kill other humans ruthlessly and without any remorse. In one place, there are kings who use toilets forged in gold; yet, there are people elsewhere who barely have enough to cover their basic needs.

In some places, so much food is thrown in the garbage and wasted through other means that, if it were saved, it could easily feed millions of people who are starving elsewhere.

Forget about other creatures; look what man has himself become! Even among millions, he is alone. Regardless of different relationships and friendships, he is lonely. True friendships no longer exist, and he therefore had to replace them with artificial ones to pass the time. Sometimes, even with abundant wealth, he seems needy because he cannot buy those things that he truly needs, such as love and affection. Even those nearest to him, such as his spouse and children seem to be after his money and wealth and have no regard for his life and hard work. We are such intelligent beings, but we seem to be fooling ourselves. Fooling others is a day-to day business for some, but the fool of all fools is the one who fools himself.

Even after all the scientific and technological advancements in every aspect of human life, we fail to recognise our true status in this universe. Even with our immense power, we fail to rule over hearts and are unable to solve our own problems. This condition seems to be worsening day by day. Even with all the luxuries in the world, man is not at peace and is often fearful.

Mankind has walked on the moon and has gone far out into the universe, something that no other creature can even imagine doing. In my opinion, and forgive me for saying this, he has not even learned how to properly live on Earth, in his own habitat. Had he found a living being on the moon and had it asked, “Have you even learned others?”what response would he have?

We have all the right to explore whatever we like and need and to know the purpose of everything, but we should know our own purpose first.  To ask “why this” and “why that” is justifiable only once we have found out ” why me” and “what for.”

Instead of utilizing our faculties and applying the knowledge to determine our proper status in the universe, our purpose, and our destination, we went astray and became busy in denying basic truths. Such truths indicate that there is a purpose to human life and that there is a destination to which we all are headed.

Some think that death is the end of life, but in fact it is just a mode of transportation for the soul to get to the other world. Through death, the soul and the body are temporarily separated until the Day of Judgement when everyone will be resurrected. On the Day, souls will rejoin their bodies and will be held accountable for their actions. Divine justice will be served, and everyone will be held accountable for every iota of injustice that he may have brought upon himself or others. After all, human beings are not machines that are free from accountability. They are animate beings who have been created for a specific purpose. Whether humans choose through free will to fulfill their specific purpose or do otherwise dictates whether Allah (SWT) will reward or punish them in the Hereafter.

It is impossible for people to acquire success by going against the forces of nature. The will of Allah (SWT), through these forces of nature will always prevail. Why? Because He is the Creator of these forces.This is His world and His universe/ people do not have any overriding authority over His plans. They may devise plans to shape the world in unique ways and take actions accordingly, but they end up causing more problems and more unrest. The duty of every human being is to follow his commands and apply the rules set forth by Him.

People should not interfere with the forces of nature, and they should let the physical world be as it is. The duty is to learn about their obligations and figure out what role they have to play. A study of Islam will clearly show what people’s roles are as human beings and how they can avoid a head-on collision with the will of Allah (SWT) both individually and collectively. Islam also clearly states the answers to such questions as: What are people’s limits? How much must they submit their will to the will of Allah (SWT)? How much choice do they have? How much freedom do they require? What is the result of their choice if they do not choose wisely? What are the outcomes of the extra freedoms they sometimes demand and /or acquire? A true understanding of Islam helps in molding the decision-making process and in wisely choosing the steps to be taken, individually and collectively, to bring peace, prosperity, and happiness for all.