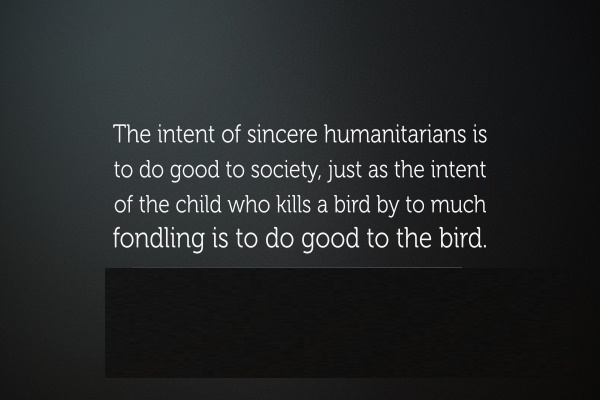 Intentions have great importance in Islam, because, according to a very famous hadith, “Actions are based on intention,” meaning that acts are judged by Allah (SWT) on the basis of the intention with which they are executed. The action has secondary importance. Hence, the intention carries more weight than act itself, and Allah (SWT) is precisely aware of everyone’s intentions.

Many scholars of Islam confirm this hadith and believe it to be half of Islam: whatever is in Islam, half of it is contained in this hadith. Some even claim it to contain the entire philosophy of Islam, and call it Ummul-Ahadith ( The Mother of All Hadith). [Bukhari] As far as my knowledge goes, no other religion can claim to have such a short statement comprising so much.

Intention is the first thought or set of thoughts that come to mind before one proceeds to act,. For example, the idea to spread the knowledge of Islam and defend my religion came to me, so I began to write this post along with the intent to seek Allah’s (SWT) pleasure. According to Islam, whatever is undertaken to seek the pleasure of the Lord is considered a part of worshiping Allah (SWT) and becomes a good deed. The ultimate goal of momin (faithful Muslim) is to seek Allah’s (SWT) pleasure through his or her every action. Thus based on my genuine intention to please Allah (SWT). I am hopeful that a reward for writing this blog in the form of His pleasure will be granted to me.

If my intention were to earn fame and/or wealth through this blog, I could not be eligible to earn His pleasure, because I did not intend to do so. I may earn fame and monetary benefits, but because of the love of material wealth and intending to acquire it, I do not deserve anything in the Hereafter, and this deed would not count as a good one and will be rejected by Allah (SWT).

A famous example to explain this further it that of a Muslim who one day, out of simplicity but with good intent, inserted a few stakes in front of a masjid (mosque) for people to tie their horses, so they could pray peacefully and not worry abut their animals. Instead,people began to trip over them. Although he should have thought about this possible harm, he receives rewards for his good intention. On the other hand, someone who did not like Muslims put stakes at another entrance with the intent to hurt them, and instead worshipers began to tie their animals to them, and no one was hurt. This person does not deserve any reward because of the ill intent, even though his action brought ease to the worshipers.

Anyone who intends to please the Lord in the few years of life he has would continue to please Him if he were allowed to live forever. Anyone who does not have those intentions would continue to live without pleasing the Lord as long as he lives or she lives. The reward or punishments in the eternal life of the Hereafter reflect the kind of life we lived here on Earth. For example, as students, we learn for a semester or an entire year, but the exams that determine our fate last only a few hours, and determine success or failure.

This life is a testing ground for human beings. Every necessary instruction has been provided. If we intended to please the Lord within the few years of life given to us, we will pass the test. The rewards for good intentions during our just few years of life are eternal. If we fail to have good intentions, the loss is for eternity. It is the intent that is the deciding factor of our eternal fate. Of course, no one is going to be tested eternally to receive reward or punishment eternally.

Moreover, a millionaire who gives thousands in charity without intending to please Allah (SWT) does not earn any reward from Allah (SWT).

On the other hand, a poor person giving few dollars to earn Allah’s (SWT) pleasure receivers abundant rewards because of his intention.

Humans are uniquely intelligent and can quite successfully fool their own kind. Very frequently and easily, they can hide the real motives of their filthy minds and their secret and selfish agendas.

Through words and gestures, they know how to portray themselves convincingly and fame their message in such a way that they cannot be proven wrong. Like-minded people at once understand what their fellow means to say. We think such great orators and leaders work for our benefit and seem to be saviours, but only in the end, and only if we are lucky enough, we learn the truth of their inner intentions.

Intentions are deeply rooted in the mind, and only Allah (SWT) truly knows them. As such, even though one’s intention is crucial in Islam, judging one is not permitted unless it becomes obvious. Muslims are only to pay attention to people’s actions. They are to appreciate the good work, accept whatever appears to be good, and leave the matter of intent to Allah (SWT), the All-Knower. He will deal with peoples intentions and properly reward or punish them as per His judgement. We just have to know that according to Islam, a good action becomes a good deed only when one performs it with the intent to seek Allah’s (SWT) pleasure and when one executes it correctly to the best of one’s knowledge and belief.

Islam demands its followers to have the pure intention of pleasing Allah (SWT) when performing every duty to the Lord and to fellow human beings. Since intentions occur inside the human mind, no one can instantly know; however, one can assess the intent after carefully studying the action, behaviour, and outcome.

Islam’s criterion is that a good action must be preceded with the intent to seek Allah’s (SWT) pleasure for it to be included in the roster of good deeds. Similarly, many mistakes can be forgiven, if they were not intended to violate Allah’s commandments. Had a human invented Islam, he would not have required the condition of intention, which he himself could not verify. However, since Allah (SWT) exists with all of His attributes, and since Islam is His guidance to humanity, this condition is absolutely essential for rewarding and punishing.

The demand of Islam for Muslims to have the intention of seeing the pleasure of Allah (SWT) is one of the most obvious proofs that Islam is a heavenly religion and that it was not proposed or invented by a human. There was no need for a personality like the final prophet Muhammad (Peace be upon him) to introduce the concept that actions are based on the intent behind them. If Islam was his own creation, then for Muslims, to follow him and carry out this mission would have been sufficient, and there would be no need to demand the whole business of intention. However, the Prophet (Peace be upon them) came to connect human beings to their Allah (SWT). Thus, it was necessary to emphasize this essential concept so that his followers could truly seek Allah’s (SWT) pleasure and acquire ultimate success.

Some great benefits of intending to seek only Allah’s (SWT) pleasure are that if we succeed in our endeavours (through our actions), we do not become arrogant or ungrateful, engage in illegitimate activities, or demand any reward from our fellow human beings because whatever we did was for Allah (SWT) and only to seek His pleasure. On the other hand, if for any reason we fail in our ambitions and struggles, we are not disheartened or depressed. Not being able to achieve that for which we strove, either because of our limited capabilities, because of unforeseen circumstances or perhaps because it was not a part of the Lord’s master plan, He still rewards us because of our intention to seek his pleasure through our efforts. Allah (SWT) rewards for good intention and motives, even if the actions do not materialize.

Striving for and achieving our objectives are two separate things. Our duty is only to strive, whether we succeed or fail is left to our Lord.