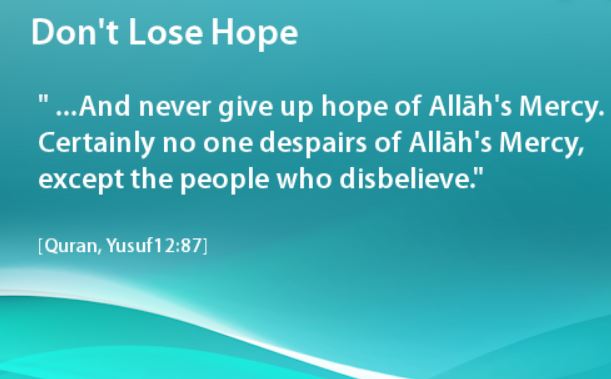 It is a matter of fact, as we will see, that Islam is such a kind and caring religion that, not only does it give value to human life, but to animal life as well. Islam provides guidance for Muslims in all circumstances where the preservation of life is necessary.   It protects human life from the embryonic state to the final moments of departure from this world. Islam not only takes into account the physical aspect of life, but its spiritual side as well.

Since it was for the very existence of human beings that Allah (SWT) created the earth and everything else and made all the arrangements for people’s guidance to achieve their purpose during their lifetimes, why would He not command them to safeguard and preserve their lives? Why would he not attach any value to human life? If there were no value to life, then what is the sense of morality, values, rights, and duties? Also, the reason to protect life would be lost; hence, life would soon cease to exist if it were to lose its value.

Islam attached great value to life and makes incumbent upon its followers the preservation of life at every cost. It not only commands people to live a harmless life on Earth, but even guides them to prepare for the same in the Hereafter. Human blood is not cheap to Islam.

Islam promotes the philosophy of “live and let live” [Qur’an 4:29]. Without this principle, Islam cannot create an environment where it can achieve its ultimate goal. Islam punishes those who cause trouble to people’s lives and who violate this basic principle of life.  It was the miracle of Islam that this call was made to a society where the value and respect of life was non-existent, and within a very short period the value and respect for human life was fully established.  In Islam taking life without “just cause” is among the worst sins. The Prophet (PBUH) declared:

He was not any ordinary man who reported this; he was the Lord’s Prophet (Peace be upon them), backed fully by Allah (SWT) and His commandments, Allah (SWT) instructs His servants:

… and do not cast yourselves with your own hands into destruction….[Qur’an 2:195]

It is strictly prohibited to take any action that is harmful to oneself and that can bring destruction to human life. Islam does not allow taking even one’s own life, let alone that of others. Islam wants us to live our life fully. Suicide is haram (strictly prohibited) in Islam and those who commit it ae condemned to Hell eternally. Allah (SWT) states:

….and kill not yourselves. Verily, Allah is ever mercifully inclined towards you. [Qur’an 4:29]

Life is not our own, it is entrusted to us by Allah (SWT). On the Day of Judgment, we will be punished if we misuse it. Suicide is an extreme and clear sign of hopelessness.  In Islam, even the slightest hopelessness is sinful, let alone suicide. A hopeless person is, in fact, denying the overall power of Allah (SWT) and loses faith in the fact that He is the All-Powerful and can change any situation at any time. Thus, we should try to protect and preserve life at every cost and never lose hope or faith. A true Muslim never becomes hopeless. When Muslims cannot take even their own life, how can they be justified in taking the life of others, except for ‘just reasons’ and through the due process of law: in the holy Qur’an, Allah (SWT) commands:

And do not kill any person whose killing Allah has forbidden, except for justice…[Qur’an 17:33]

Therefore, Islam strictly prohibits suicide, mercy killing, honour killing, euthanasia, or any unjustified killing. Islam also prohibits abortions, which many people feel does not constitute the killing of a human. In this regard, Allah (SWT) reveals:

…and do not kill your children out of the fear of poverty. We give sustenance to you as well as to them ….[Qur’an 6:151]

Often, the reason for abortions is the insufficiency of funds to support a child. Allah (SWT), in order to preserve and safeguard life, even of the unborn, not only prohibited abortions, but assures that He Who provides for you will provide for them too [Qur’an 6:151]. Allah (SWT) guarantees sustenance; hence, there is no need to take the law into your own hands and have an abortion.  When Islam does not permit the killing of an unborn out of the fear of poverty, how could it allow abortions in societies where food and other luxuries are taken for granted. Islam completely prohibits abortion. Clearly, preserving life is the wise decision and taking life is not, because the Lord reveals:

Allah (SWT) crated this beautiful life, which is the most precious. It is by no means cheap and for anyone to destroy. He created life to preserve it, so humans could fully enjoy the bounties on Earth and prepare for eternal life in the Hereafter. This commandment could not be any simpler and all-encompassing. With regard to the value and respect Islam attaches to human life, Allah (SWT) states:

….so whoever kills a human being neither to avenge for a murder (not) for criminal disturbance in the land, so it is as if he has killed all mankind. And whoever saves from death any (human) life, it is as if he has kept alive all people…. [Qur’an 5:32]

No society or charter of law has ever placed such a high value on human life as the constitution of Islam, the holy Qur’an. There is a limit to how much humans can punish or reward someone for killing or saving lives, respectively. For example, if someone kills ten people only one death sentence can be given to the killer, and the other nine victims can never be avenged. Similarly, rewards for noble acts and achievement are also limited. However, for the almighty Lord, there is no limit. He can appropriately punish and reward as required for complete justice. How can Islam, which accords such a high value to life, allow for indiscriminate killing and not promote and reward life’s preservation: the holy Qur’an states:

And those who do not call upon with Allah other deities and do not kill such persons, who have been made sacred, except for justice, and do not commit adultery, and those who do this will face punishment; whose punishment will be increase on Judgment Day and (they) will remain there humiliated, but he who repents and embraces the faith and does good deeds, so they are those for whom Allah will convert their sins into good deeds. And Allah is the All-forgiving, the All-Merciful. [25:68-70]

Aside from forbidding indiscriminate/unjust killing and outlining sever punishments for murderers, in order to uphold the importance of life, Islam addresses the physical, mental, and spiritual issues of life as well. Islam intends for people to be physically and mentally fit in order to create an environment of peace and harmony.  It wants to protect them from harm and to have them work their way through this world successfully.

Upon closely examining Islamic teachings and forms of worship, it becomes apparent that, in some way, every act done for the sake of Allah (SWT) benefits the human mind and body, both spiritually and physically. Dutifully performing such practices brings about the realization that human life is the most precious gift of the Lord Almighty Subsequently, one begins to respect, honour, and protect human life from all harm.

Mental health and physical fitness are important for the well-being and preservation of life. Amazingly, in Islam, a healthy body and sound mind are achieved automatically through the regular and daily activities of worship. According to Islam, the time to live in this world is fixed by Allah (SWT), and nobody dies before or after their time. However, one should strive to stay healthy until his or her las moments. Islam is highly demanding in matters of preserving and protecting human life. The holy Prophet (PBUT) states:

Humanity is not granted anything superior than forgiveness, health and wellness.  [Nisa’i]

Guidelines regarding health were established by the prophet (PBUT) and when followed bring many physical and mental benefits. For example, many ahadith deal with the intake of food (i.e., when to eat, what to eat, and how to eat and drink), maintaining good hygiene (e.g., washing hands before and after eating, washing hands after using the bathroom, trimming nails, removing public hair, showering frequently, brushing teeth, etc.). Moreover, many ahadith talk about curing illnesses through proper medication and foods, living a routine life, waking up and going to sleep on time, eating on time, and having breakfast and dinner early. Maintaining a simple lifestyle of mental peace is in the ahadith as well.

The following list further shows the importance Islam places on keeping the mind and body healthy and, at the same time, explains how to live according to Allah’s (SWT) prescribed way as exemplified by the Prophet (PBUT) himself.

The prophet (PBUT) teachings on eating leave a true seeker of knowledge spellbound as to how and why the Prophet (PBUT) would go into such minute detail. One of the main purposes of the Prophet (PBUT) was to inform us about anything and everything that was either beneficial or harmful to live a comfortable and trouble-free life.

If the body and mind are at peace, one can proceed safely and easily to live life. Islam, the religion that addresses every bit of detail, surely intends to preserve life and asserts the highest value to it.