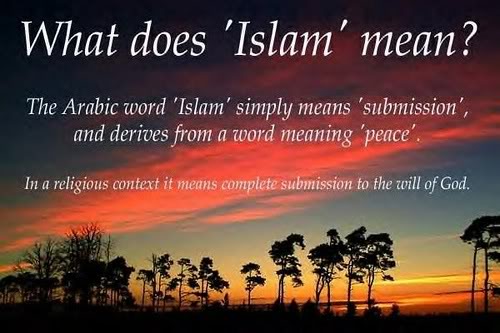 Before proceeding, make note that in order for one to truly understand any ideology, religion, or system, it is necessary for one to study it with impartiality, as much as humanly possible. As such, the reader needs to proceed through this blog with an open mind and heart. Most ideologies and religions possess or claim to possess the key to humanity’s good, but simultaneously they all have specific differences that may seem to be minor but that are concretely fundamental to each philosophy. A biased study can overlook those very basic differences. However, if one properly understands those very basic differences, one can envision the entire philosophy and its purpose and can distinguish it from others.

THE PHILOSOPHY OF ISLAM

The entire universe and everything in it, including us, are created by the Supreme being, our Lord, Allah Almighty. He is the sole owner and the sole innovator of everything.  He created us to worship him. Our stay in this world is temporary. Each of us lives here for a limited time and then passes on the other world.

One day, the universe will be folded up and the Day of Judgment will arise. Everyone will be handed a register of Deeds, containing whatever was earned in this temporary life. Based on our performance here we will earn either Jannah (Heaven) or Jahannum (Hell). Those who will have acquired ultimate success and earned the pleasure of Allah will be sent to Heaven to live there. eternally and to enjoy its endless bounties. Those who did not earn the pleasure of Allah and instead earned his wrath will be punished in Hell  and will be the ultimate loser.

Allah gave people free will to chose from right from wrong. Human beings are not animals or angles neither of which have free will. Allah granted man the power through which he can exceed angles or degrade himself to be even lower than animals. Allah bestowed man with free will to test him and to see how he fares in the this life [ Quran 67:2].

If man chooses wisely and uses his faculties to do what is right, he can maintain the higher status granted to him as the best of all creatures. If he does not choose wisely, ignores the inner voice,does not follow the commandments to do good, falls from the original divinely granted status,and degrades himself , he will be unsuccessful and will have earned the displeasure of Allah.  Any misuse of the fine human qualities and the bounties of Allah will make his the ultimate loser.   No one will be give a second chance to return to Earth and do good [Quran 23:99-100].  This is the only chance; use it or lose it. It is a one-way ticket and there is not coming back.

Allah not only granted and bestowed upon man qualities and capabilities to do what is good and to refrain from what is bad, He has also clearly shown man both good and bad, as well as what pleases and displeases Him. Allah equipped man with the necessary tools,such as intellect, sense, instinct, and so on, and provided  the necessary knowledge for  him to achieve the purpose of his creation.

Allah’s  chosen beings, commonly known as prophets and messengers revealed and delivered that knowledge in it entirety and set the standards to be emulated for us to acquire ultimate success. No more excuses remain, and there can be no more justification for being ignorant. Now, there is no way out. Even though this may sound imposing and scary, and many people may not want to hear it. I cannot prevent myself from speaking the truth as presented by Islam. This is a clear warning for myself, for every Muslim, and for every other human being.

The choices are very clear. Either save ourselves from the hell fire by choosing to follow the message of the prophets or be responsible for our fate in Hell.  It is all up to us. Punishments are more painful when guilt is realized. Thus, the guilt of wasting time is to be avoided at all costs so that choosing wisely,exploring the truth and following the right path will become apparent. Allah and his prophets have nothing to lose. We are the ones at risk of failing because we are the only ones being tested.

One of the most essential aspects of Islam is Iman bil ghaib (Belief in the unseen). The unseen includes, but is not limited to:

Evidently, these and other hidden truths were necessary to test people’s faith.  If any one of these hidden truths was made obvious,there would be no need for beliefs and faith. People wold have automatically accepted the truth, and the purpose of earthly life would be pointless. The whole point is to recognize the existence of the Lord to believe in Him as our Lord and Creator, to follow His message and abide by his rules.